Kushki and AMI give us a zoom on digital payments: Chile

At Kushki we connect Latin America with payments, but we believe that this cannot be achieved without an understanding of the very multicultural region where we live. That’s why we’ve partnered with Americas Market Intelligence (AMI) to collect data from our markets and deliver value.

Today, we bring you the first installment, where we will talk about the southernmost country in our region: Chile. But first, let’s go to the regional context.

Now that the majority of Latin Americans are connected, banks and digital wallets have dramatically increased their reach, rising from 30% penetration in 2017 to now exceeding 80% in the largest markets. With the inclusion of neobanks and digital wallets, access to banking in markets such as Colombia, Brazil and Argentina has reached almost 100% of adults.

As a consequence of this, fintech companies are rewriting the economy of a region that has historically been underbanked, fragmented and with a high potential for improvement. According to Statista, in 2018 there were about 12,000 fintech companies globally and, at the end of 2021, this number reached more than 26,000. In Chile alone, between 2016 and 2021, fintech grew 3.2 times, showing that there are plenty of needs to attend.

Chile: an ideal market for paytechs

At a regional level, Chile is often considered the most advanced market in Latin America in terms of overall development. At around $15,000, its GDP per capita is almost double that of Brazil, and its stable currency and macroeconomic environment make it attractive to investors.

It has 19 million inhabitants and an e-commerce market that reaches US $16 million, growing 19% year-on-year. Also, there is a low use of cash, which only represented 27% of retail volume in 2021.

Why is this happening? The reasons are several:

This is the first of our reports based on data from Americas Market Intelligence, join us to continue with the other countries. 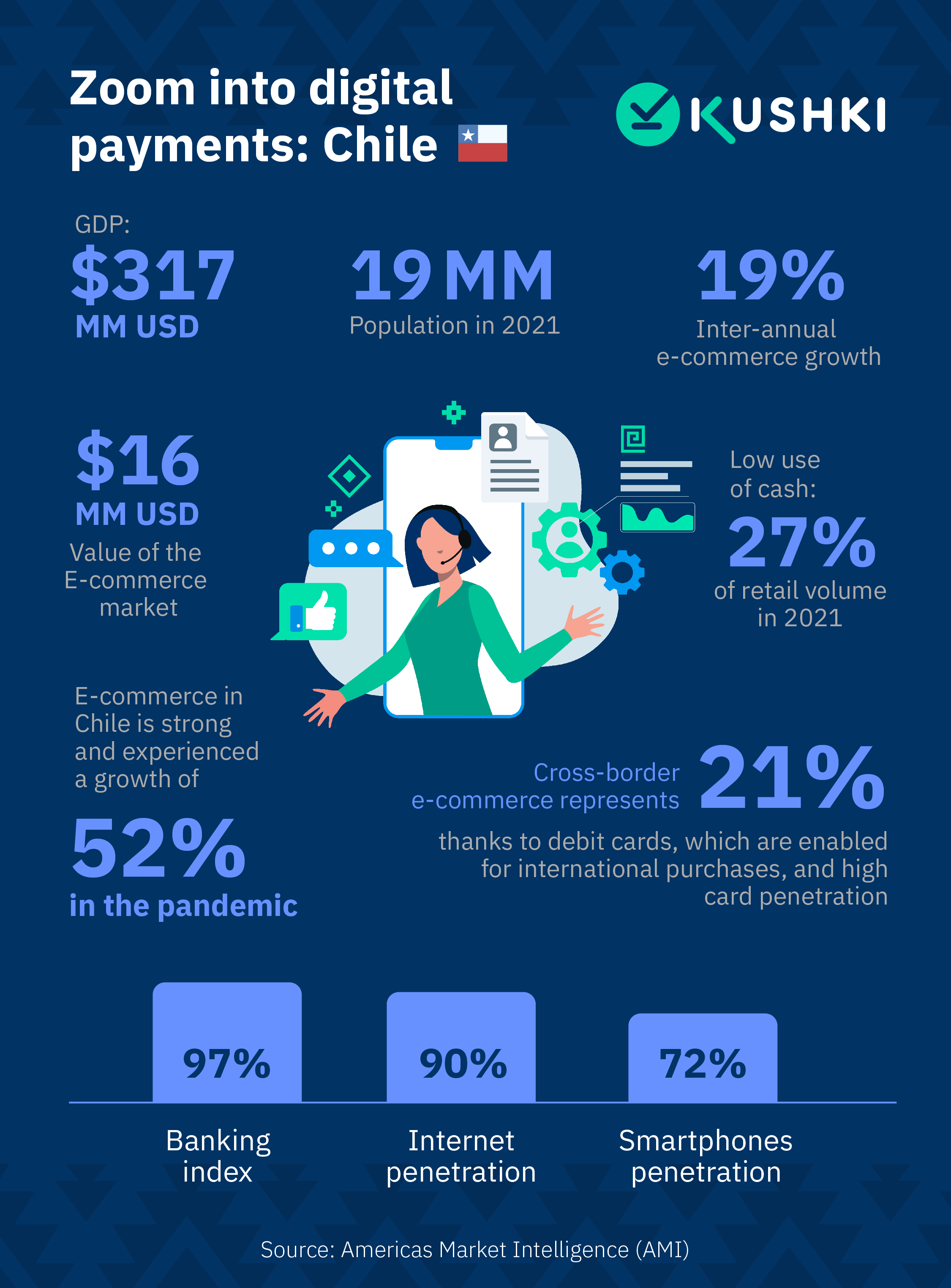 Did you know that Latin America is one of the key regions with the most significant potential in e-commerce growth? With a population of…